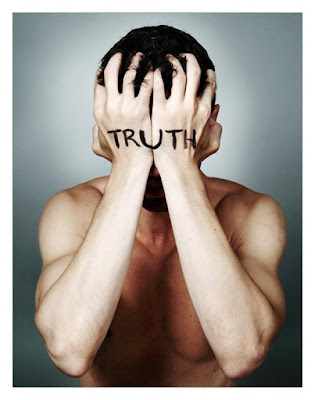 Love without Truth is hypocritical while Truth without Love is cruel.

Email ThisBlogThis!Share to TwitterShare to FacebookShare to Pinterest
Labels: Personal

...live in a treehouse or cave? 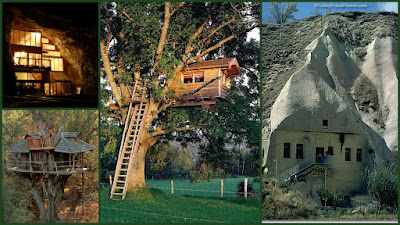 Definitely the treehouse...
I would get to see daily sunrises and sunsets...
I would sit and watch the clouds go by...
lying on my back on the roof...
searching the clouds to see what shapes they take on - a dragon, a dog, a castle...
Nighttime would open the heavens to me.
Shooting stars would hold my wishes...
I would look for my favorite constellations - Orion and Cassiopeia and trace the old familiar shapes of the big dipper and the little dipper with my finger.
Treehouses are magical,
and I would live in my very own castle in the sky..

Email ThisBlogThis!Share to TwitterShare to FacebookShare to Pinterest
Labels: Photos

God our heavenly Father,/ as we pray for our beloved “Tita Cory” Aquino,/ we join her family and loved ones,/ we join our people in this country / and fellow-Filipinos and others throughout the world / who are at one in their prayer and their outpouring of love and concern for her / as she battles with great courage / the cancer which has afflicted her for many months now./

At this critical moment in her illness,/ as she bears its increasingly heavy burden,/ with great confidence we entrust her to your goodness and love./ We join her loved ones / in their complete and abiding trust in your infinite healing power./ We believe your grace has guided her always / as she has tried in life / to fulfill humbly and faithfully / the calling you have given her for the good of our people./ In her dedicated love for our nation/ she has offered so much sacrifice and self-giving;/ the suffering of her present sickness she continues to offer / that true freedom and true peace,/ and true well-being specially for the poor among us,/ may grow in our land./

Lord, “Tita Cory” has been always a woman of unshakable faith./ She has been a brave fighter and a source of inspiration and hope for all of us./ We know, Lord, that she has entrusted and continues to entrust everything / to your all-wise and ever-faithful love./ Fill her heart now with deep peace / and her spirit with endurance and hope.

We turn you, O most Sacred Heart of Jesus,/ in whom she has ever unfailingly placed her confidence./ We turn to you, the Immaculate Heart of Mary, our blessed Lady of Fatima,/ for so long now her constant refuge in time of need./ We ask your intercession, blessed “children of Fatima”;/ whose help she has invoked since this present illness began.

Again, Father in heaven,/ at one with all who pray for her,/ we place her health and healing,/ her life and her person, so beloved by our people,/ – we entrust everything to you and to your most holy will./ “In You, Lord, we have hoped;/ your mercy abides forever.”/ Amen, Lord, Amen.

Email ThisBlogThis!Share to TwitterShare to FacebookShare to Pinterest
Labels: Prayer

And you thought you knew everything...

1 Life emerged on earth about 3.8 billion years ago, but sex did not evolve until more than 2 billion years later. Dirty limericks emerged only quite recently, geologically speaking.

2 Sex—what is it good for? Scientists are not sure, since asexual reproduction is a better evolutionary strategy in some important ways.

3 For those who refuse to commit to one strategy: The hermaphroditic earthworm Dendrobaena rubida has both male and female genitalia. If it cannot find a partner, the worm doubles up so that its female bits and male bits can go to town.

4 Although famously monogamous, female Adélie penguins slip away from their mates occasionally to couple with unattached males. They exact a fee (pdf) for such a dalliance—stones to bolster their nests—not unlike certain people.

5 Some talented penguin teasers can get a gift even without putting out. Again, not unlike certain people.

6 Barbary macaques have a distinctive way to get their mates to make a sperm donation: yelling. If the female does not shout, the male almost never climaxes.

7 How do we know this? German primatologist Dana Pfefferle watched a group of macaques, counting the females’ yells and the males’ pelvic thrusts. She says this work is “quite weird, but it’s science.”

8 In the US of A, that kind of stuff ends up on YouTube.

9 Because Barry White sounds terrible underwater: Fish can produce a variety of noises with their bones, teeth, and gas bladders. Grant Gilmore of Estuarine Coastal and Ocean Science Inc. says that male fish probably use some of these sounds to woo females.

10 The spiny anteater, an egg-laying mammal native to Australia and New Guinea, has a penis with four heads, but only two fit into the female at once.

11 The tiny male paper nautilus, an octopus, impregnates the much larger female by shooting his penis (a modified tentacle) into her—and leaving it there.

12 Homosexual behavior is found in at least 1,500 species of mammal, fish, reptile, bird, and even invertebrate.

13 When a male goose courts another male goose, a female sometimes slips in and mates with both males. Later, the male partners share paternal duties.

14 Some seagulls practice lesbian mating, although the eggs that result from their liaisons are sterile.

16 As the flies get increasingly tanked, their chance for mating success keeps dropping. This is one more reason why the fruit fly is a great model for studying humans.

17 Only a few vertebrates besides humans copulate face to face. Among those that sometimes do this: hamsters, beavers, and some primates, such as bonobos and orangutans.

18 French kissing is rarer still. The only other species known to do it as a prelude to mating is the white-fronted parrot. After the birds open their beaks and touch tongues, the male spews his lunch onto the female’s chest.

19 It is here that the mating habits of the white-fronted parrot and Homo sapiens diverge.

...is just a matter of time management and discipline...

Do you sleep better when it rains? 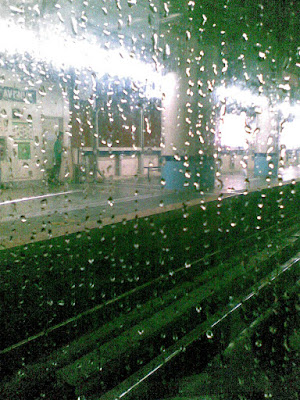 ...the sound of rain fall is really so relaxing, it's great to take advantage while at home or even at work, just relax and enjoy while it last, because life can be stressful.