Two months ago while listening to M’s Poland trip over Skype, I was lying in bed wondering why the place was so familiar. I was like experiencing déjà vu of a place or situation I have never encountered. It gave me the chills when M showed me the pictures. Then I remembered The Storyteller. 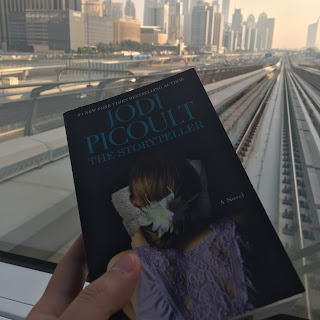 Reading books can really take you places you have never been. This is one of those books that will stick with you for a long time. It’s so easy to get consumed in the story and start developing a relationship with the characters.

The story begins with a baker who befriends with a camp supervisor at Auschwitz and later reveals a startling connection with baker’s grandmother who survives Auschwitz and tells the horrors she endured during the Holocaust. It’s a historical fiction exploring the Holocaust, not a new topic to most of us, yet it was a thought provoking book with so many layers of events and people. It’s a story about forgiveness, identity, and justice.


...what he did was wrong. He doesn’t deserve your love. But he does deserve your forgiveness, because otherwise he will grow like a weed in your heart until it’s choked and overrun. The only person who suffers, when you squirrel away all that hate is you...


The Storyteller asks how can we--and should we--forgive the unforgivable, and it comes up with the answer that we can’t forgive, but we can hold accountable, that when we forgive we do it for ourselves, not for the other person, which seems to me the right response.

“It doesn’t matter what it is that leaves a hole inside you. It just matters that it’s there.”


The expense of forgiveness is not your dignity. So often we think that we must forgive, and that means we must get rid of our boundaries and let the forgiven one back in the same spot. That is not forgiveness, that's being a spineless person.

Forgiveness does not impede having boundaries and protecting yourself. Even when you forgive another person, you always keep yourself complete. You don't ever give up your individuality, your sensitivity, your self-respect for anything.

You have to forgive if you want to be forgiven. 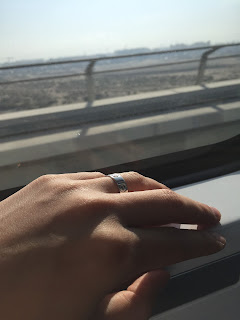 the sun slowly drifted away
the moon proudly
ruled and stayed

leaves are turning dry
yet to the tree they cling still
not wanting to fall
posted by AMR 4 comments:

It's very liberating to do so. 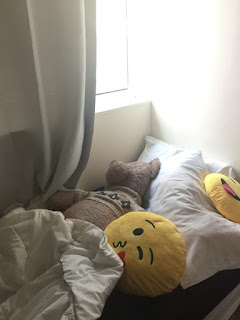 Whether we like it or not, life is one continuous journey of letting go. We have a tendency to try to hold on to everything that we have - the perfect relationship, our youth, our possessions - the list goes on. But life has a remarkable habit of taking away that which we may treasure at the time.

I breathe deeply. I inhale the delicious fragrance of the present moment. I remind myself with my thoughts that there is no better place to be than the one I am in right now. I spend as much time as I can outside in nature. There is something timeless and nourishing about the kiss of the sun on my skin and the song of the birds in my heart.

Live in present time, love people you know, appreaciate things around you, but don't get attached to anything because every good things must come to an end.

Knowing that, no matter what happens, all is well.
posted by AMR 1 comment: