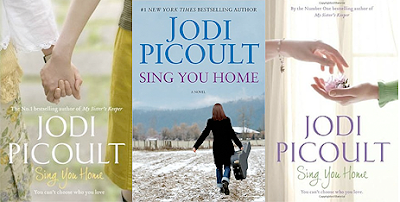 Zoe Baxter and her husband, Max, desperately wanted a child, but couldn’t because of Max’s genetic problems. They started doing in vitro and three embryos were created. After several miscarriages, Zoe had finally become pregnant. She was very depressed when she found out that it was a stillbirth. Soon after, Max and Zoe divorced, as Max didn’t want Zoe to pressure him into trying for another baby. When Zoe met Vanessa, an openly lesbian, she was slowly pulled out of despair as their friendship accelerated into love. They married and Vanessa suggested that she could carry one of her embryos. Zoe agreed and she asked Max for the permission to give her the frozen embryos. But instead, Max, now a born-again Christian, sued her for the rights to these pre-born children.


In humanities, we were just learning about human rights and in this book, a lot of things surrounded gay-rights. No one should be discriminated against because of their race, and so of course no one should be discriminated against their sexual orientation. Your sexual orientation isn’t something you can choose, you are just born this way, so why is it that gays should have less rights than heterosexuals?

In the book, the Christians considered “engaging” in a homosexual lifestyle as a sin, and that they are not fit for marriage, for raising children, that they should not deserve these simple rights that everyone else have. No one will ever want to be a homosexual, and certainly will not “engage” in one’s lifestyle.

Why will anyone want to be gay, and be criticized and judged at when you are just going out for a walk, holding hands with your boyfriend. But that doesn’t make them a worse person, just like being heterosexual doesn’t make you a better person. They can still provide love for their children; they can still sustain a relationship.

Even though our society is slowly accepting homosexuals, there’s still a lot of discrimination relating to sexual orientations. We need to try and open up our minds toward the things that are different from the norm. Just like what the book says, “You can’t choose who you love.”