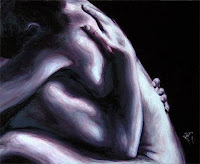 I saw naked people and was like, 'what was that?

It was exciting, And then it's also a lot of curiosity.

Do you think pornography can be Tastefully done?

Email ThisBlogThis!Share to TwitterShare to FacebookShare to Pinterest
Labels: Life